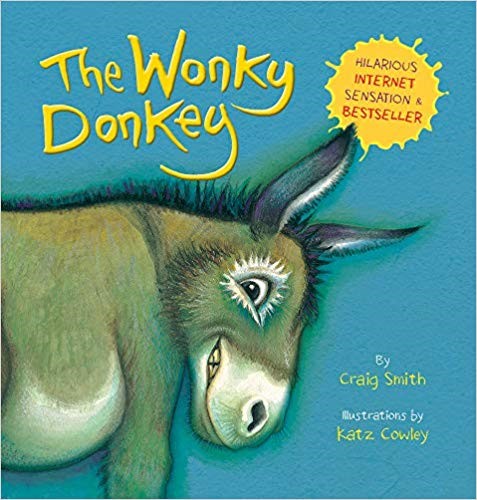 What do you call a donkey with three legs? Well, the answer to this, often told joke question, is fast becoming a surprise and ‘must-have’ children’s book for Christmas. The Wonky Donkey, written by Craig Smith from New Zealand, has shot up the bestseller’s charts after Janice Clark, a Scottish grandmother now living in Australia, was filmed reading it to four-month-old Archer.

Janice struggled to read the book while erupting into fits of giggles and the video of her and Archer, which was posted in August this year, has since been viewed millions of times on YouTube and Facebook. Her laughter is infectious and has turned both her and The Wonky Donkey book into viral sensations.

Always on-trend and with a good eye for a cueing challenge, Cued Speech UK’s own CueTutor Emma Sadeghi got in touch with author Craig Smith who sent her signed copies of his book; which inspired Emma to rally the Cued Speech UK team and take on the challenge of filming a cued version of his hilarious children’s story – just in time for deaf children to enjoy over the Christmas holidays.

Take a moment to watch and share with your friends and family, the Cued Speech UK version of The Wonky Donkey, produced and filmed by Cate Calder and featuring Cued Speech users – both big and small!