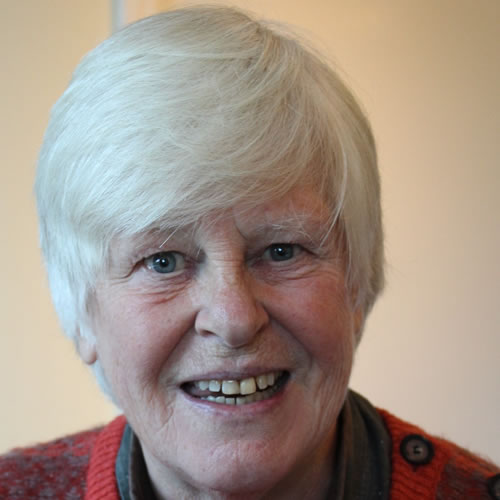 Win is the mother of two profoundly deaf sons, raised using Cued Speech, and two hearing children – all now grown up. She has a BA Hons Oxford in Modern Languages and a Tri-lingual Graduate Secretarial Diploma from South Bank Polytechnic, London. She did a traineeship at the European Commission, Brussels before becoming Information Officer, Ecumenical Centre, Brussels (European Commission lobbying on behalf of the non-Catholic Churches).

While in Belgium she was involved in voluntary work, including being Vice-President of APEDAF (the Belgian Association of Parents of Deaf Children) and their delegate to the FEPEDA (European Association of Parents of Deaf Children); working as a classroom assistant for a deaf child; giving English Cued Speech lessons for Belgian and Swiss Cued Speech Associations; training as a relay parent with NDCS and setting up a relay parent team; and supporting English-speaking parents of children born deaf in Belgium.

On her return to paid work, she co-ordinated the multi-faith initiative set up by the European Commission “Giving a Soul to Europe” and continued in voluntary work. In 2006, Win returned to the UK and was elected to Management Committee of the Cued Speech Association UK; also continuing work with the World Conference of Religions for Peace and she is currently Executive Secretary of the Wyndham Place Charlemagne Trust which fosters discussion on European politics from an ethical angle.

Win’s two deaf sons were brought up bilingually thanks to Cued Speech – in French (at Belgian School) and English (at home). Cued Speech also enabled them to learn basic Flemish (obligatory in Belgian schools).