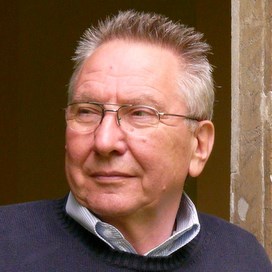 Nigel Hinton was born in London and educated at Dulwich College. He is the author of over twenty books and short stories and has written for TV, film, radio and theatre. Prior to his career as a writer, he worked in advertising and as a teacher, during which time he wrote his first novel for teenagers. When it was published to international acclaim, he gave up his position as Head of English in a secondary school to concentrate on writing. He has written a further 24 books as well as multiple short stories, TV and movie screenplays, theatre plays and numerous songs. He has been partially deaf since he was a teenager, so he is enthusiastic about supporting deaf people and the work of Cued Speech UK.

Aside from writing, Nigel’s interests include playing the guitar and the ukulele, walking, bird watching, cycling, music, movies, drawing and supporting Charlton Athletic Football Club through thick and thin. He is married and lives in East Sussex.